The Porta Venezia district in Milan has a long and fascinating history behind it. It bears its mark in its Art Nouveau style, one of the most influential architectural fashions of the early twentieth century, which made it the district of the Milanese upper middle class. With the construction of noble palaces, art nouveau has become the absolute protagonist of the development of this area. Originally known as the Eastern Gate and built along the Spanish ramparts and the homonymous precisely of Porta Venezia, one of the six main and historic gates of Milan.

Inside an elegant period building with concierge service (half day), at number 16 of Viale Majno, we have a refined housing unit consisting of 3 bedrooms (one double bedroom and two bedrooms with single beds), large and bright living room with bow-window, modern and equipped eat-in kitchen, two bathrooms, double hallway and laundry. Finely furnished, with taste and elegance, and equipped with every comfort. 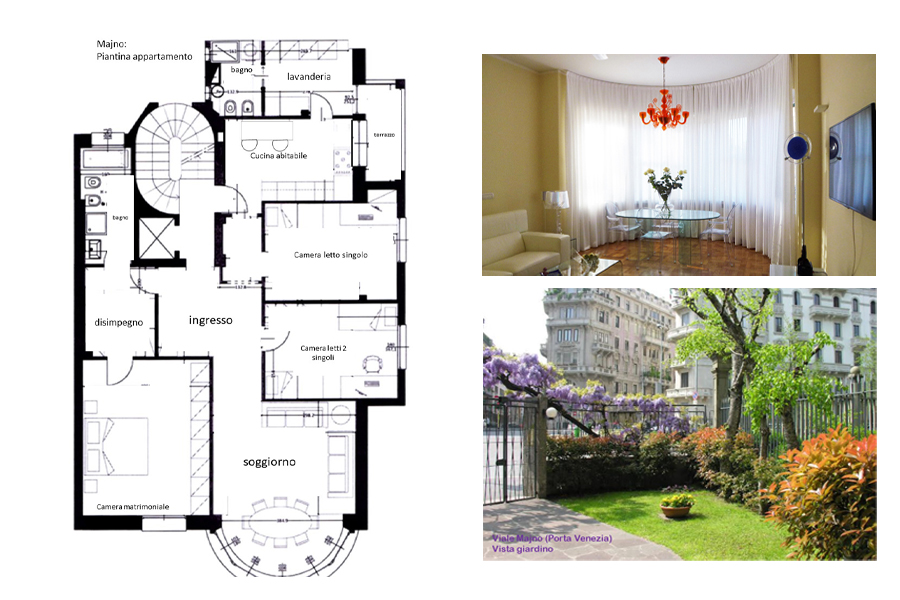